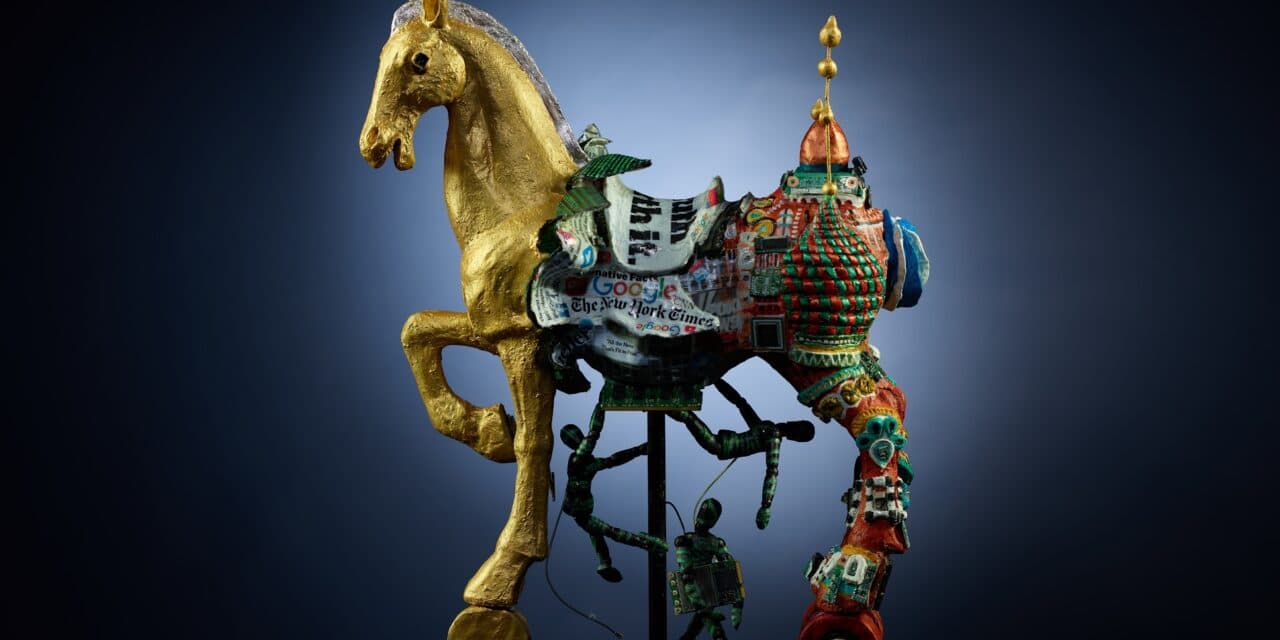 Born and raised a Connecticut Yankee, Stacey Gregory was one of the proud few who received her BA in fine arts and art history from the University of Pennsylvania, standing alongside 2200 engineering, business, and pre-med majors. She attended Pratt Institute, studying Communication Design while working in packaging design for Donald Deskey and Associates in NYC. After two years, she headed to California where she met her husband and thus began a life crisscrossing the US while raising two daughters with a 150 lbs Newfoundland in tow. Eventually she landed on California’s Central Coast, a Connecticut Yankee flummoxed by Santa Cruz, thus spurring her migration south to her final destination: the breathtaking Monterey Peninsula.

Current political and social issues fuel her conceptual artwork. She references ancient history, current events, scientific research, and art history to weave together facts, timelines and often a soupçon of humor into her conceptual assemblages. She is classically trained in oil painting and employs those techniques in her work. She uses repurposed materials that allow the viewer to manipulate the piece. Besides the Renaissance painters, other artistic influences include: Alexander Calder, Maya Lin, Mark Bradford, Ai Wei-Wei, Yayoi Kusama, and Ruth Asawa. She has exhibited works on Russian election interference, climate change, immigration, reproductive rights, the issue of consent, “the male gaze”, technological developments, and to lighten the mood, her series “KLUCKED!” features ornamental chickens imagined as pop culture icons. Her work has been exhibited throughout California and in numerous online exhibitions. 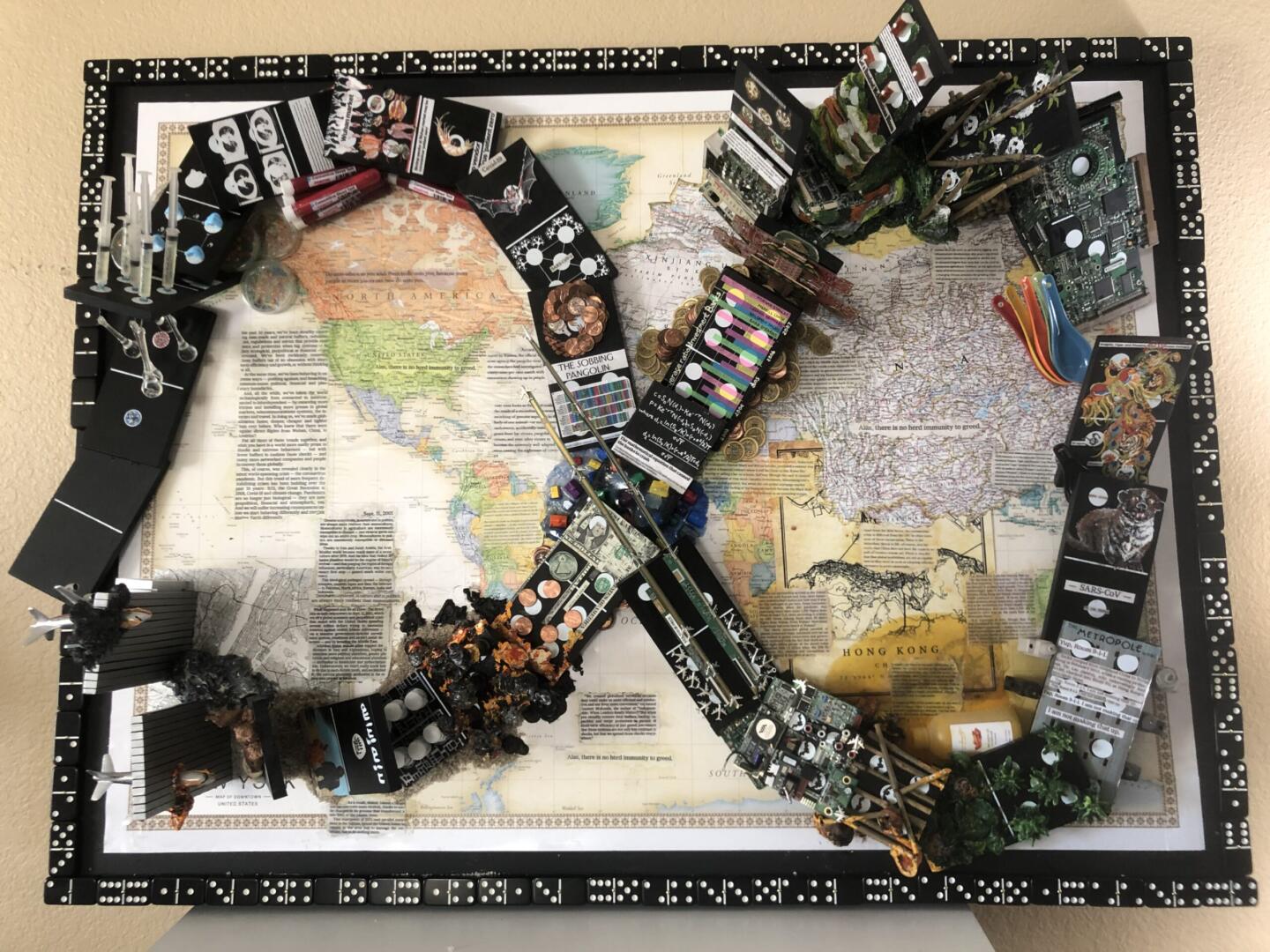 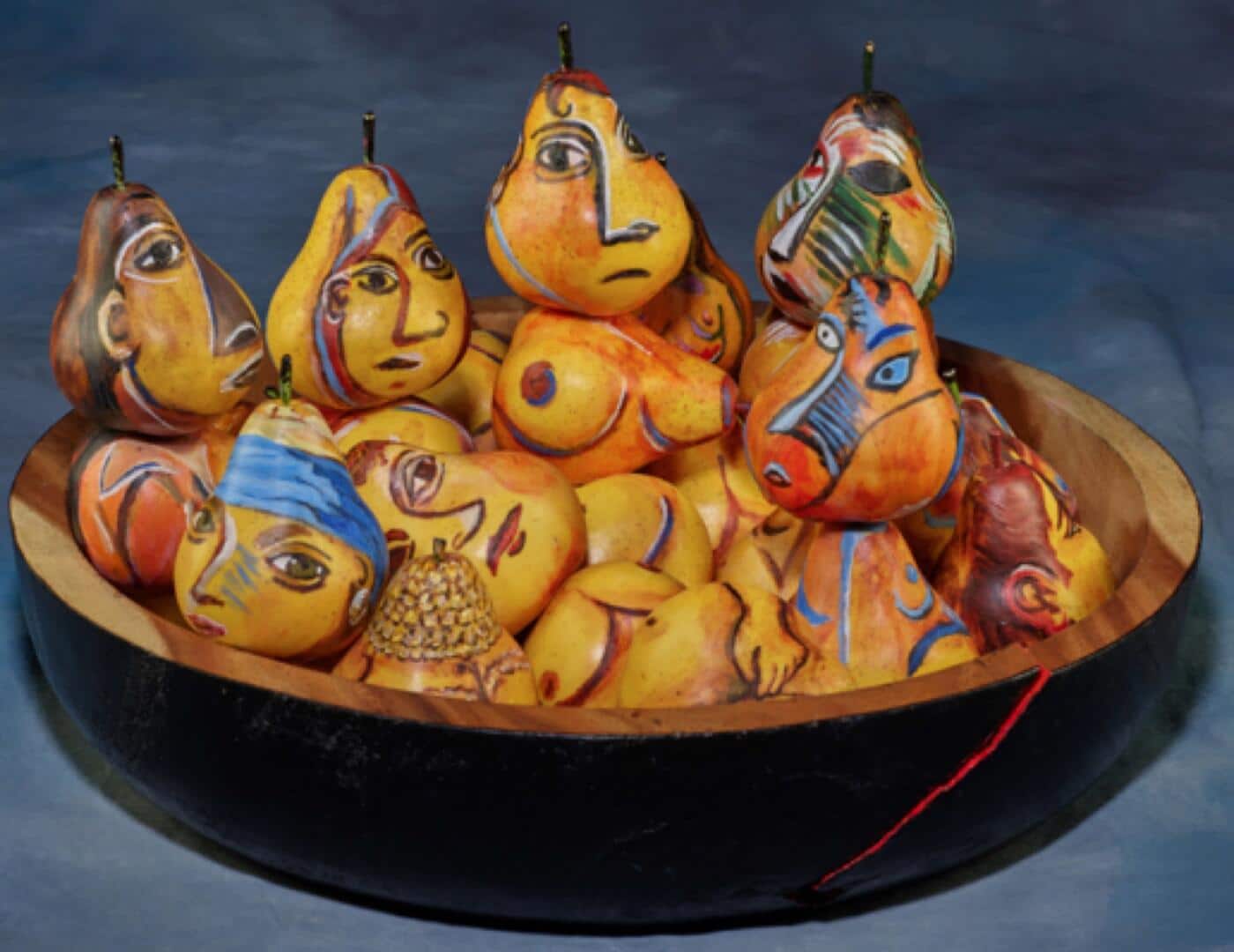 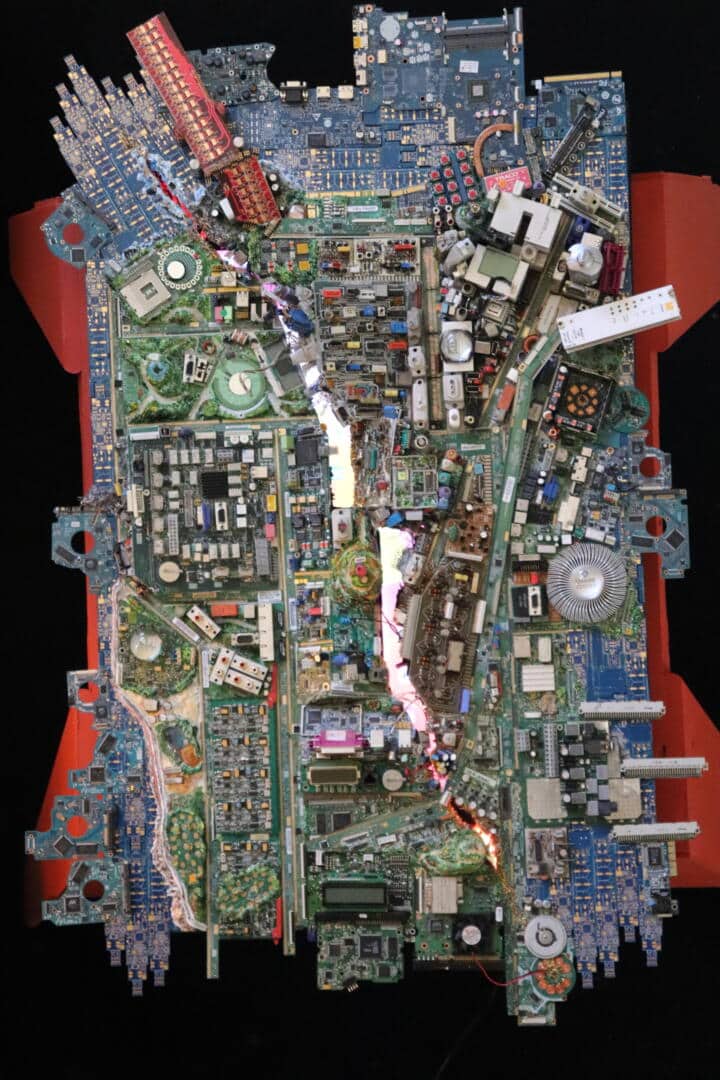 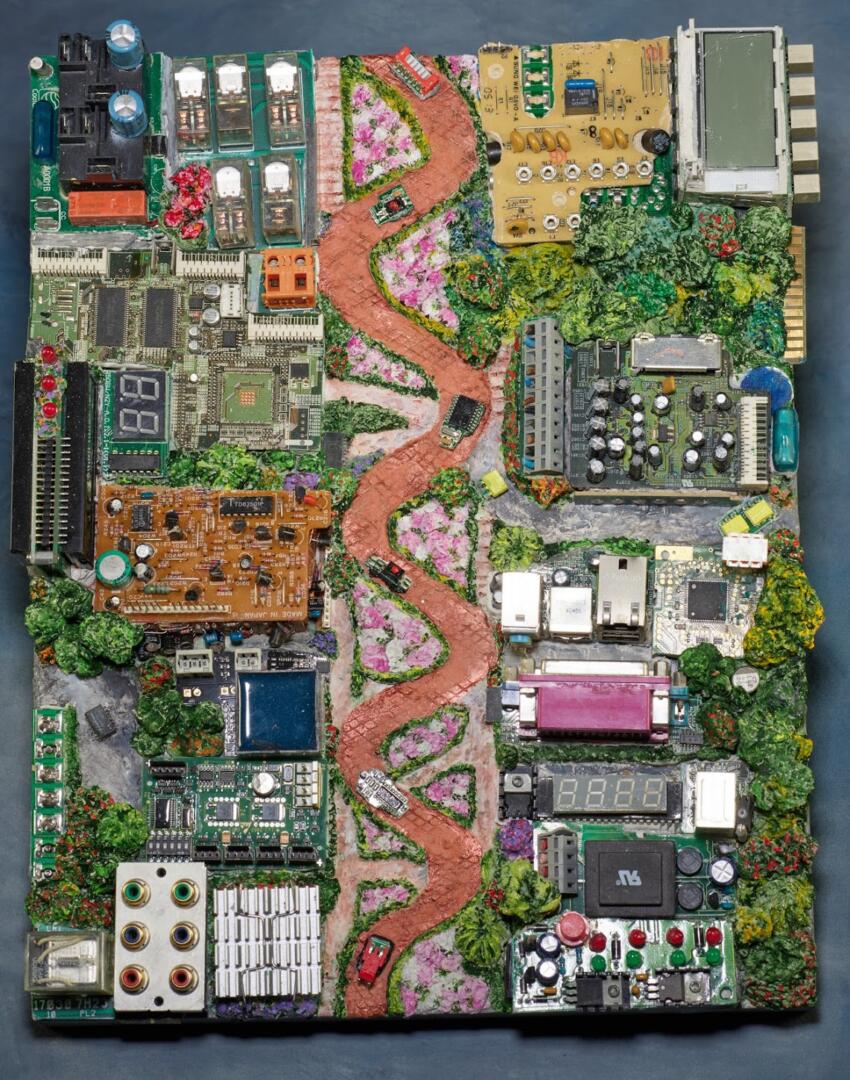 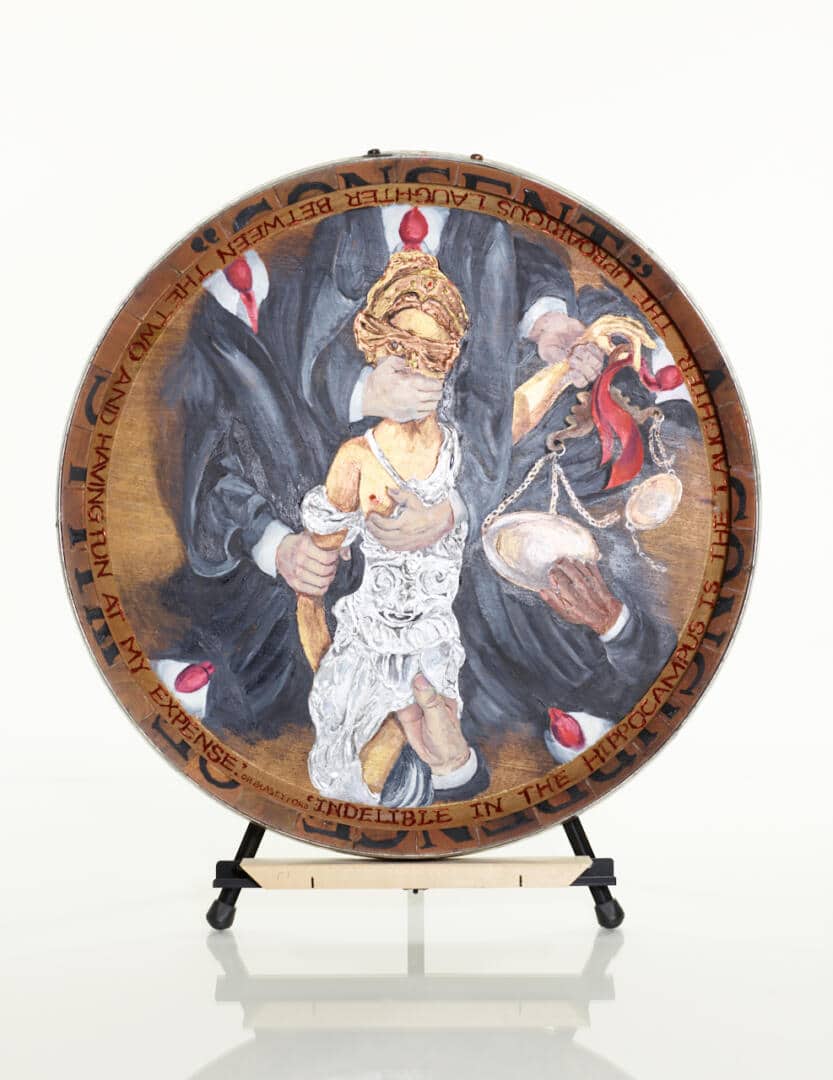 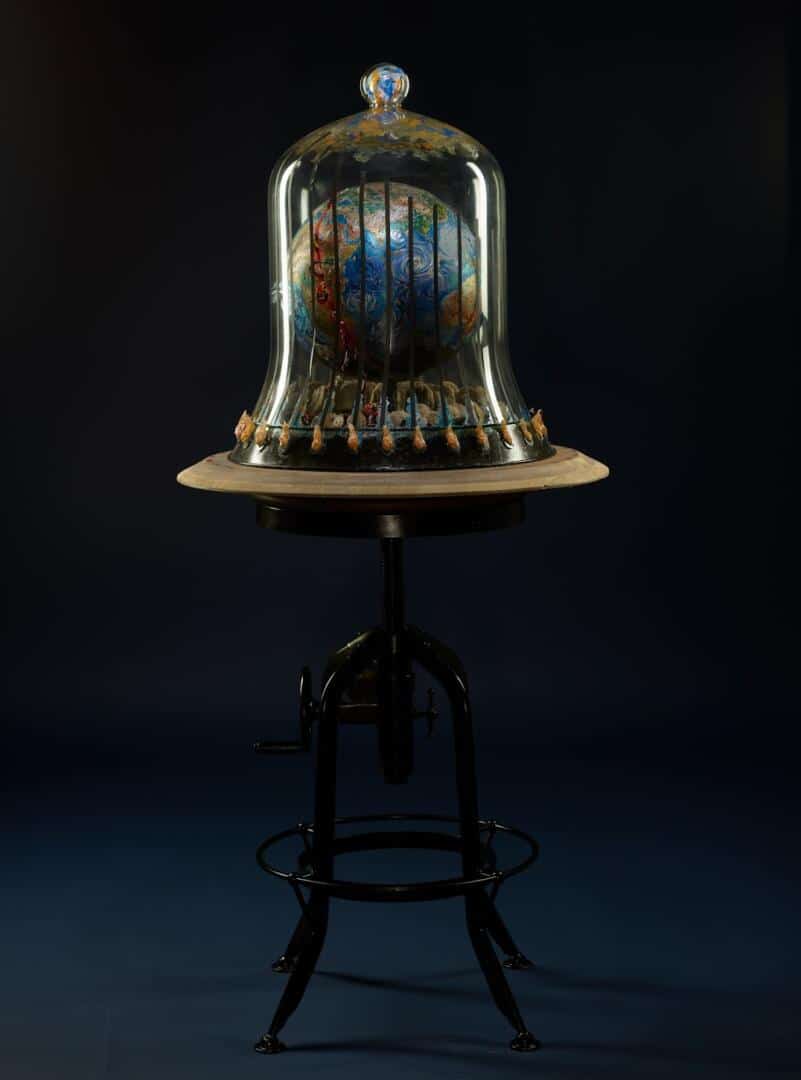