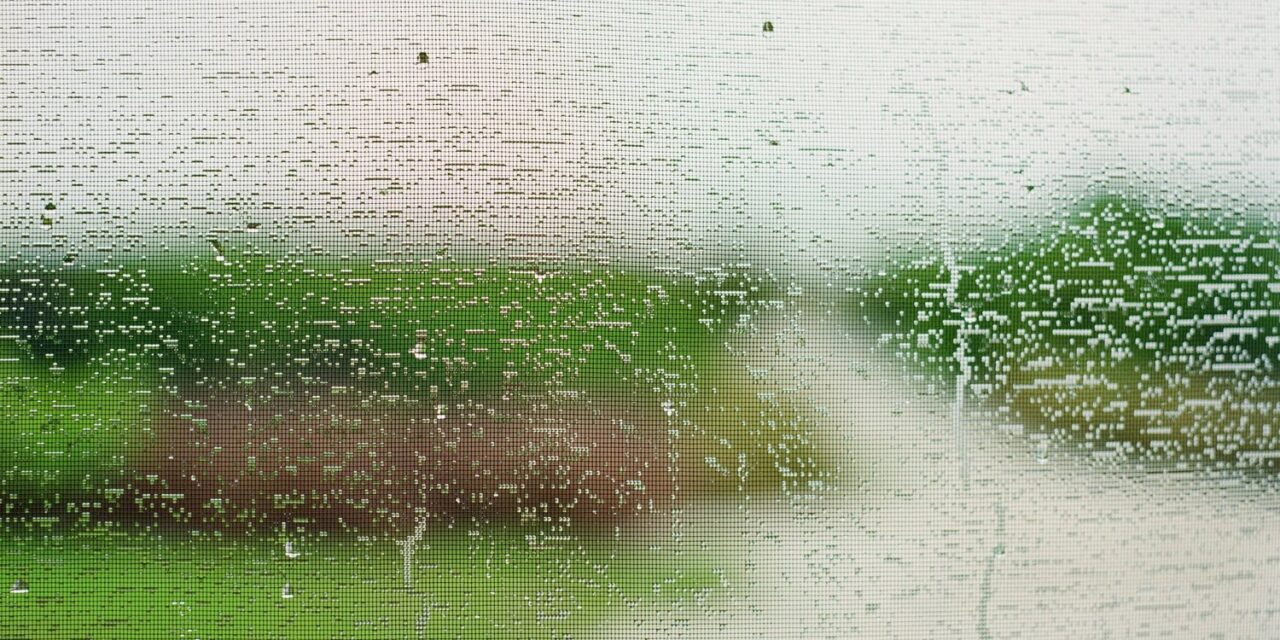 Tucked into the hillside of Laurel Canyon, just a stones throw from the glitter and glamour of Hollywood, Alexandra Hedison has carved out her own personal, very private, sanctuary. Her home is a perfect reflection of her personality – comfortable, casual, open and filled with things that are personally significant. Her photographs are everywhere – edgy narratives on her life, which not so long ago was fodder for the tabloids. All of that seems a world away as she curls up on her vintage sofa and opens up on her life and her art. She is funny, honest, and completely engaging. And oh yeah, did we mention beautiful. Not a lick of make-up, but it didn’t matter. Alexandra Hedison is the real deal. 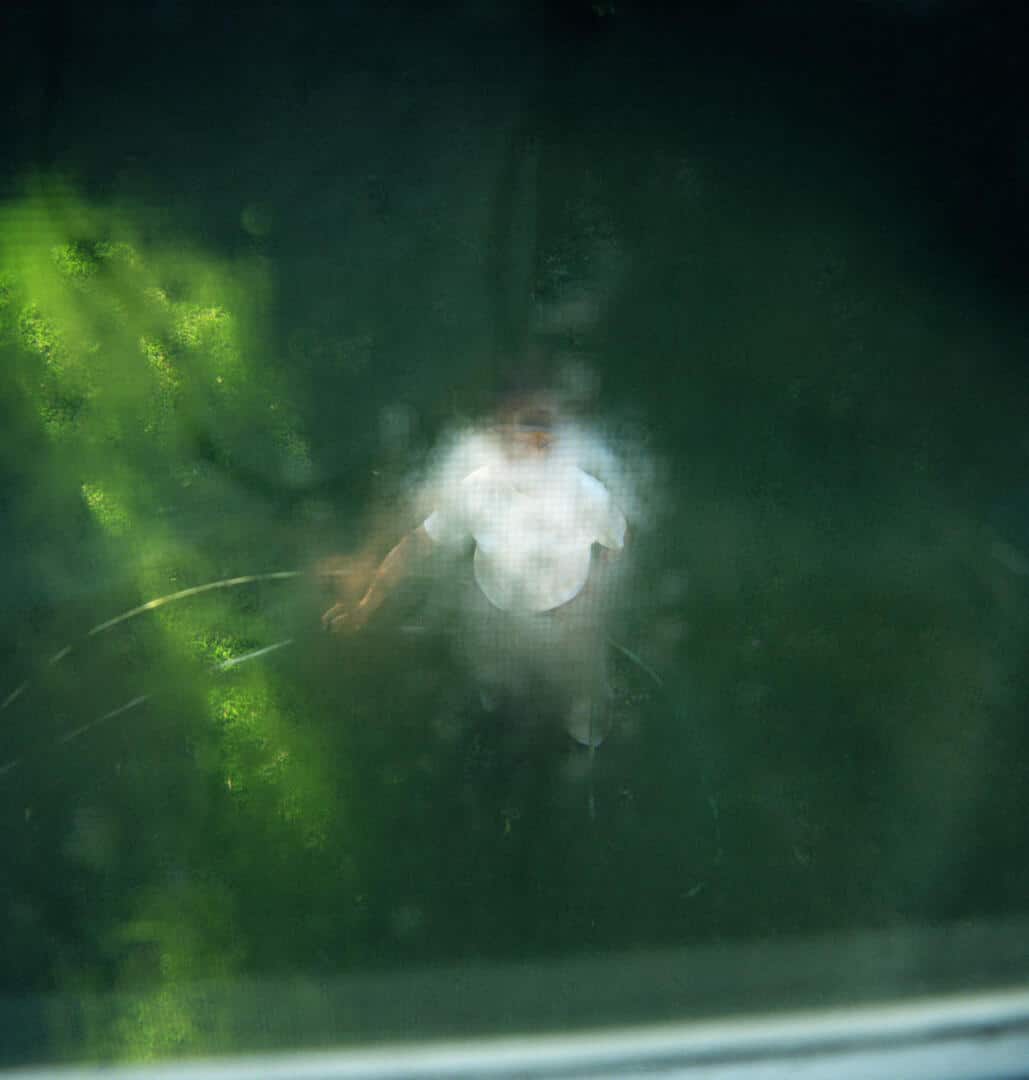 Hedison started photographing seriously about ten years ago, making the professional transition from acting to photography about six years ago. It wasn’t easy. She made her living acting – a pretty good living. So, to give it up was tough. She actually took a revealing photograph the day she made the decision. She shot into a mirror and produced two photos that she printed on one piece of contact paper. It shows her face and the bottom half of her body. The result is an unsettling self-portrait. A part of her missing, but as disjointed as she may have felt that day, she never really looked back. It took four years to finish her Elements series and open her first solo show in July of 2004. “I wanted to show. I knew I had to come out from behind the curtain, from behind the lens, but I approached it in a funny way. I didn’t have a big fancy portfolio. I didn’t shop around. I just found a gallery I liked – the White Room Gallery on Melrose. I liked the location. The director was just lovely. We talked and we had a great connection. I trusted my instincts and we put on the show.” It came together at a stable and happy time in Alex’s life. She was in a long-term relationship with comedienne Ellen DeGeneres, and basically life was good. “She was really very supportive,” says Alex. “She was the first one to say, ‘Hey, we should hang your photographs on the wall.'” Elements is a study in natural layers and obstacles. Shot through screens and water, it offers a filtered view of the beauty beyond. Maybe it was foreshadowing. Hedison’s art has always paralleled her life. Elements may have been the calm before the storm because the proverbial shit was about to hit the fan.

In December of 2004, Hedison’s relationship with DeGeneres came to an abrupt end when DeGeneres left her for another woman, actress Portia de Rossi. For the intensely private Hedison it was devastating, made worse by the fact that the whole thing played out publicly. Alex may have been blindsided, but jilted lover is not the role she was born to play. She threw herself into her work and started shooting a new series that she would ultimately title (Re)building. For six months she became a mad woman with a camera going into construction zones and shooting hundreds and hundreds of photographs. “The landscape of construction. I just couldn’t get enough of it. Every Sunday I would go find a construction site. I’d get down deep into the foundations. I could see the roots of the earth and felt like ‘Oh my God I can breathe.'” 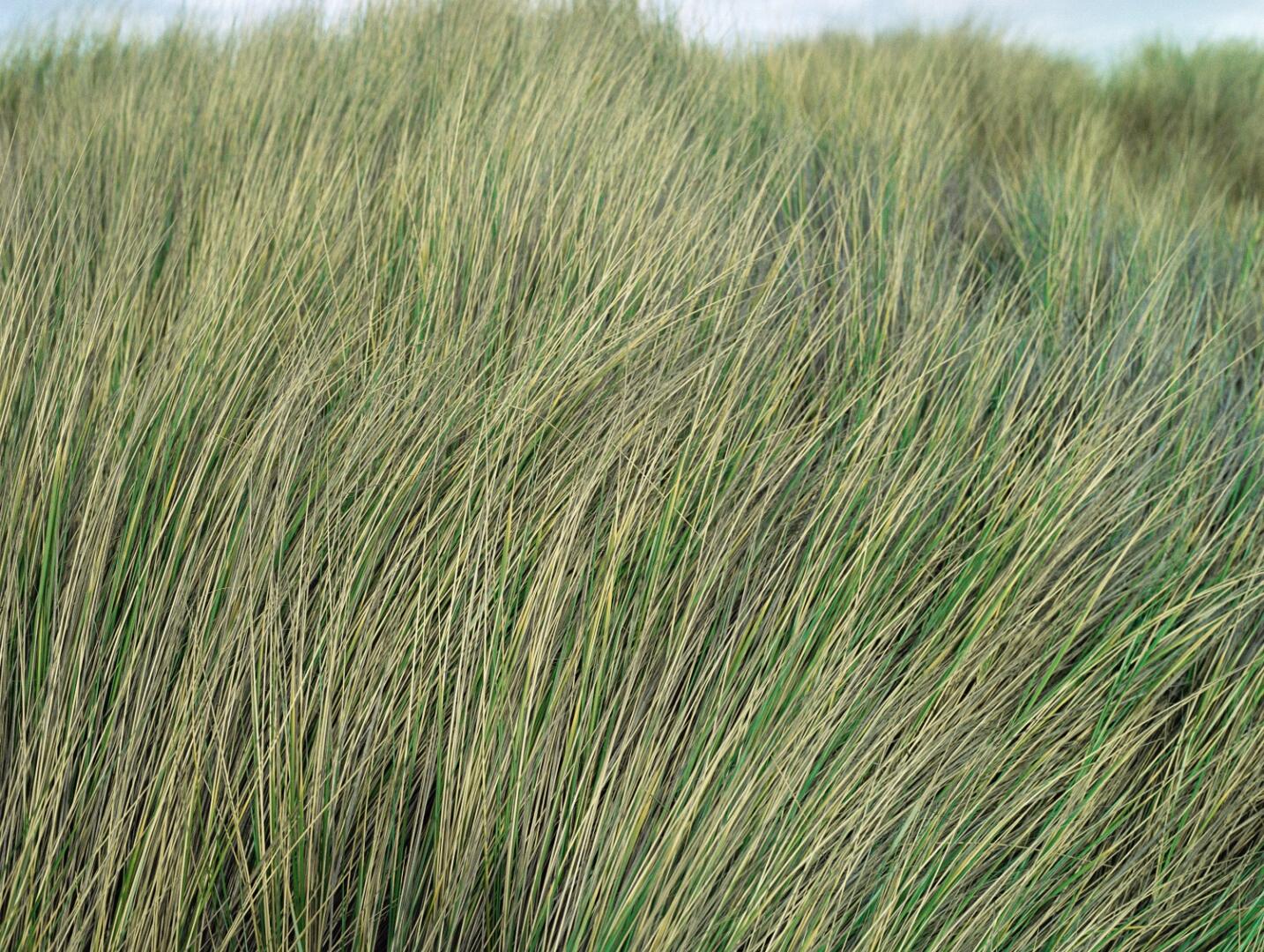 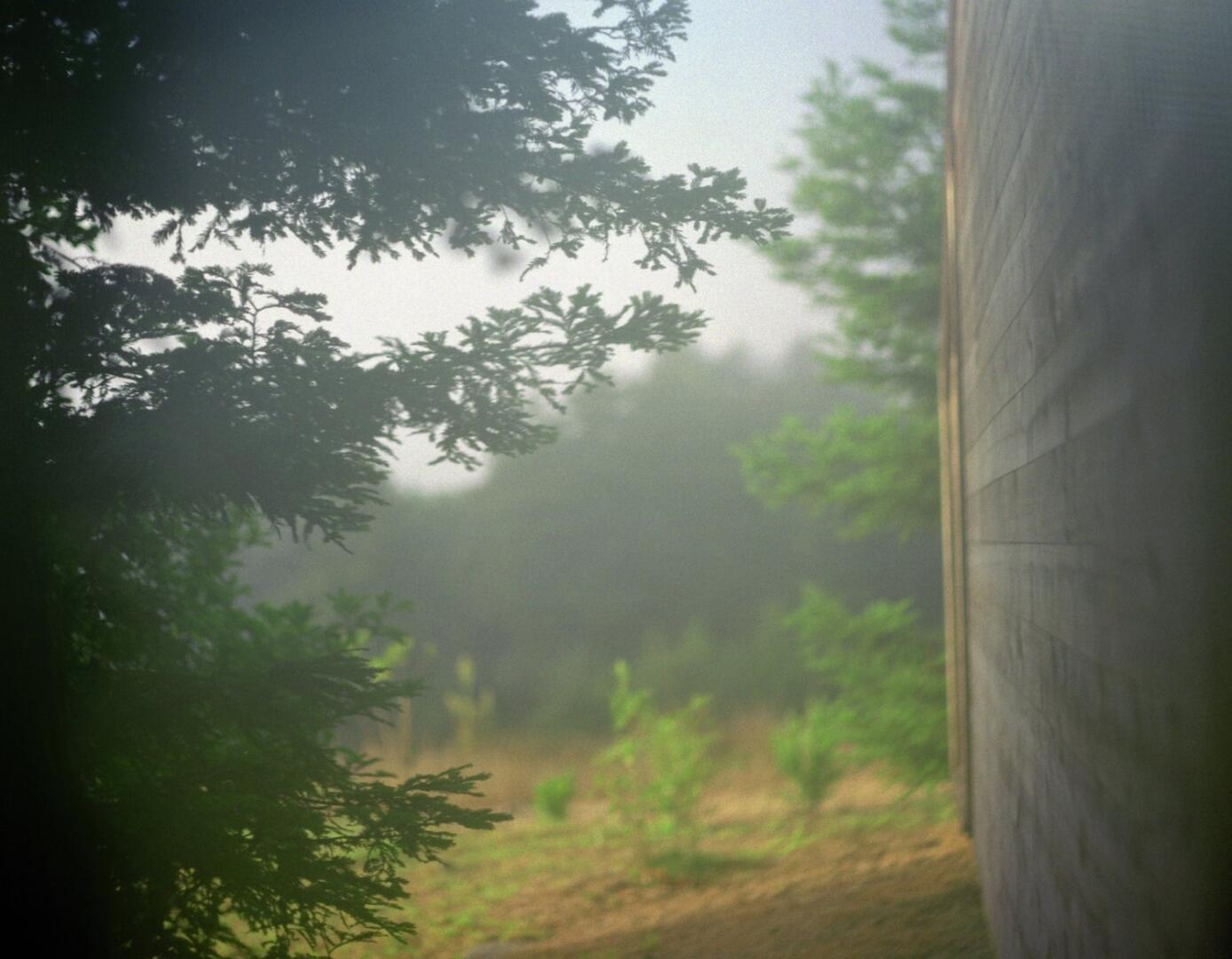 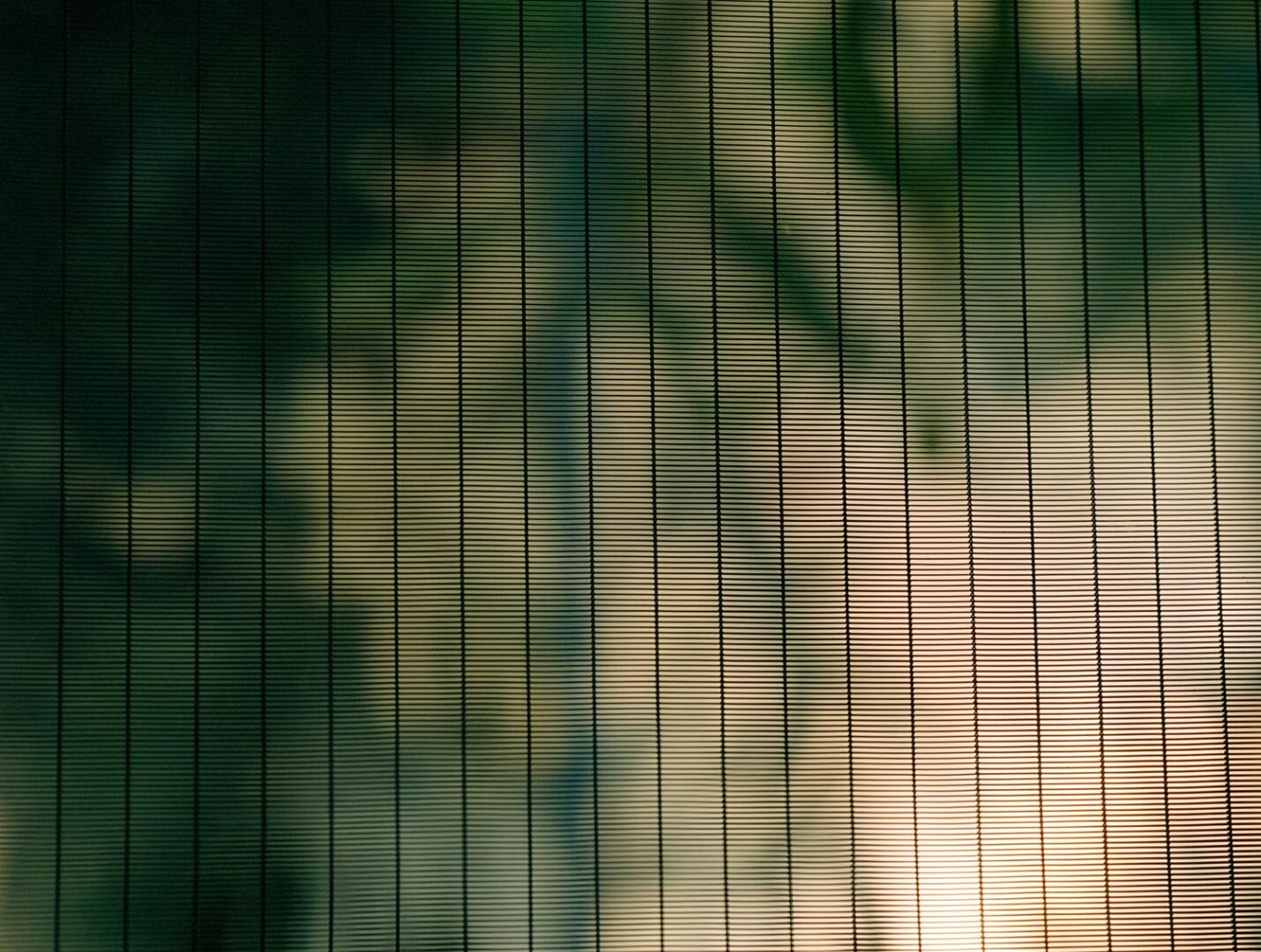 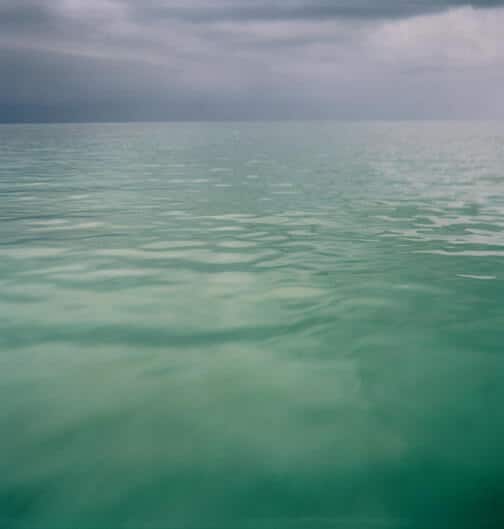 She titled the photographs with dates – not the date she took the photograph, but rather dates that were significant to her. Take February 14th (just a couple months after the break-up) for instance – the image is shot through a forest of rebar. “Lines and lines of rebar, all lined up like soldiers and there in the middle of it is this little red ball, this orb – kind of like a heart. In the middle of all that rebar there was life! I thought of it as my own personal ‘Hallmark’ card.”

Alex loves the (Re)building series and is clearly proud of it. As she’s talking about it, she jumps up to point out a photograph on the wall. It is an image of a front door, partially open, revealing complete destruction inside. A sad, sorry chandelier hangs by a thread, and beyond that the pool is full of construction debris. “This is it. This is the story. I love this – tearing something down to the studs, leaving only what’s essential and then rebuilding,” says Alex as she points out the detail in the photograph. The parallels to her life are unmistakable. Art imitating life? Alex laughs at the suggestion. “It seems pretty obvious now, doesn’t it? But when I was shooting it, I was doing it totally subconsciously. Emotionally, I was taken down to the studs, and my camera was the tool that helped me cross a bridge. On the other side I was rebuilding.”
The (Re)building photographs may tell the story of a particularly difficult time in Alex’s life, but they do go farther. They are poignant, often surprisingly beautiful and seem to hit a universal cord. The images could just as easily tell the story of New Orleans, or the wretched excess of those with the means to tear down and start over whether it’s necessary or not, or just the bittersweet process of letting go of the old and allowing the new. That is the true beauty of Hedison’s photography – intensely personal, but big enough to let viewers interpret for themselves. 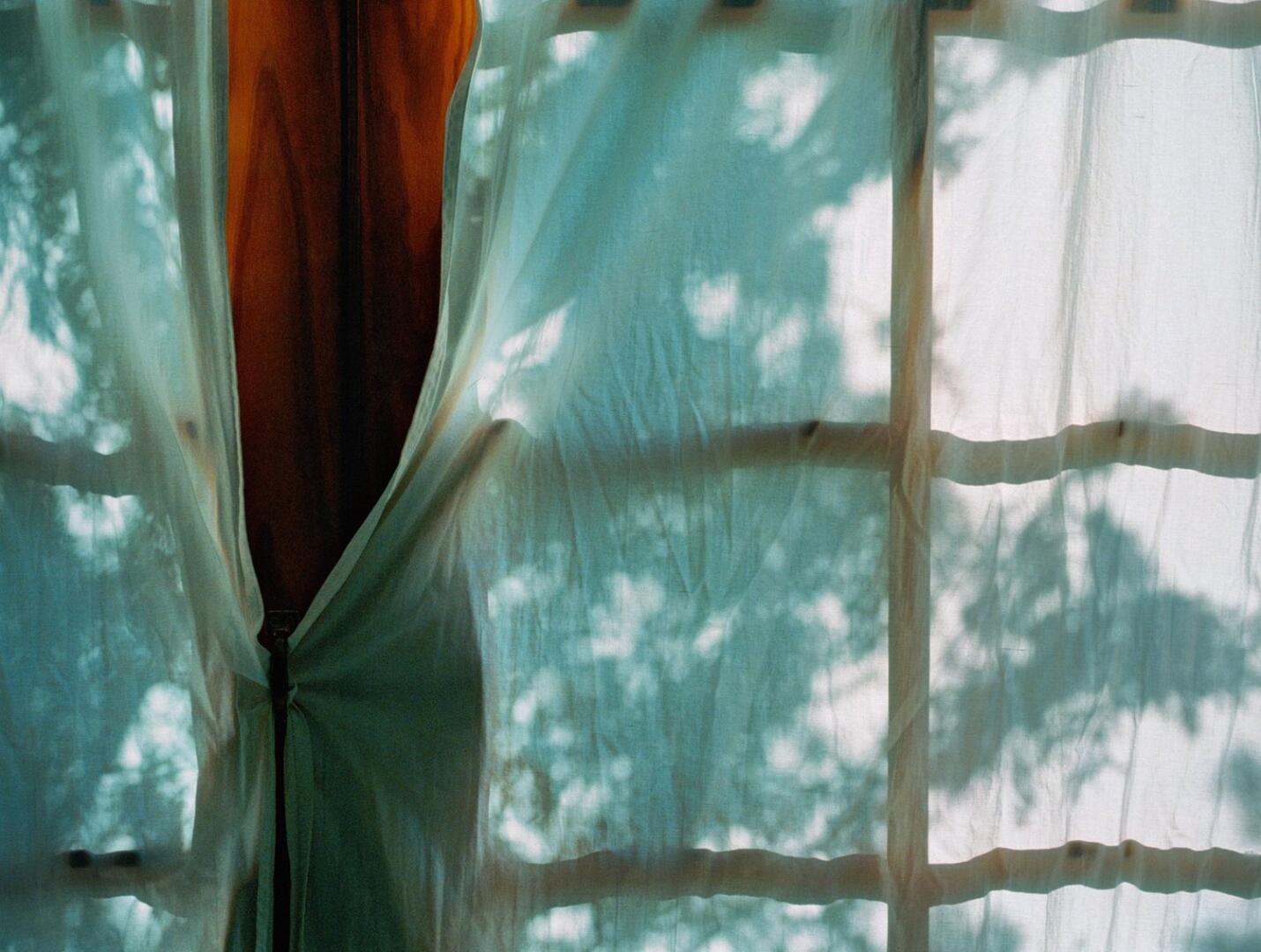 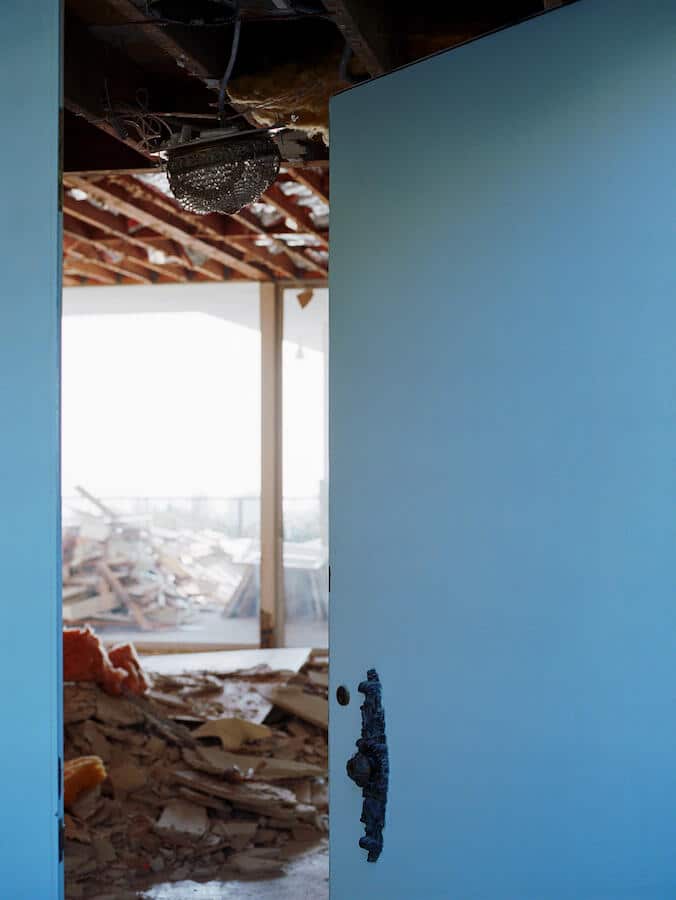 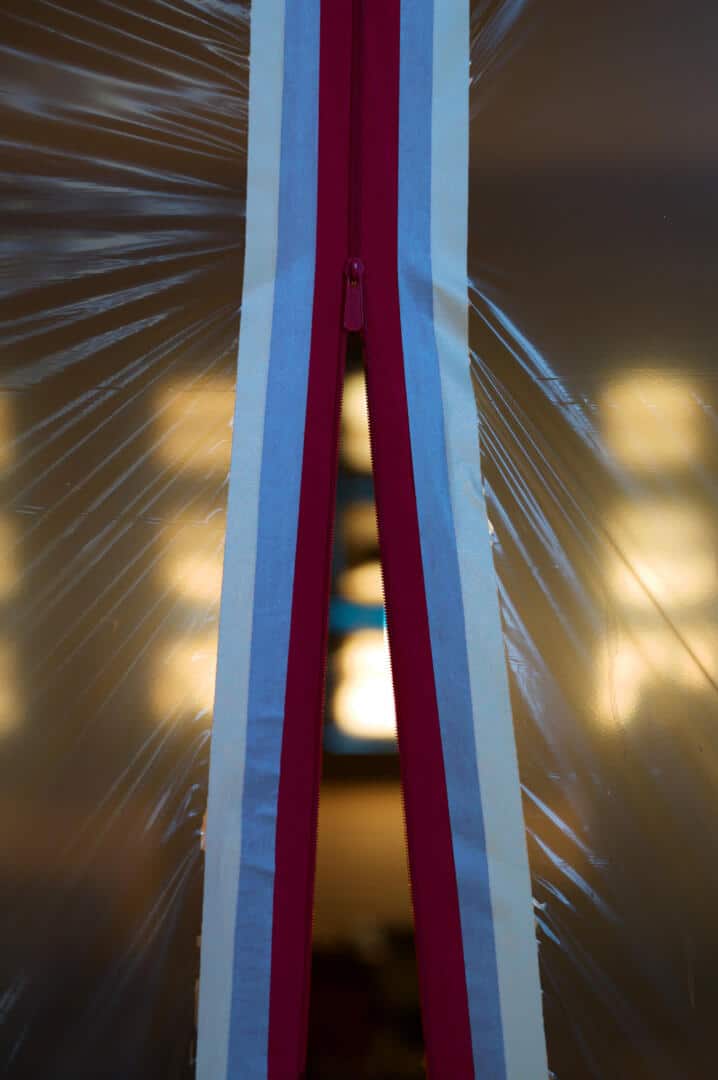 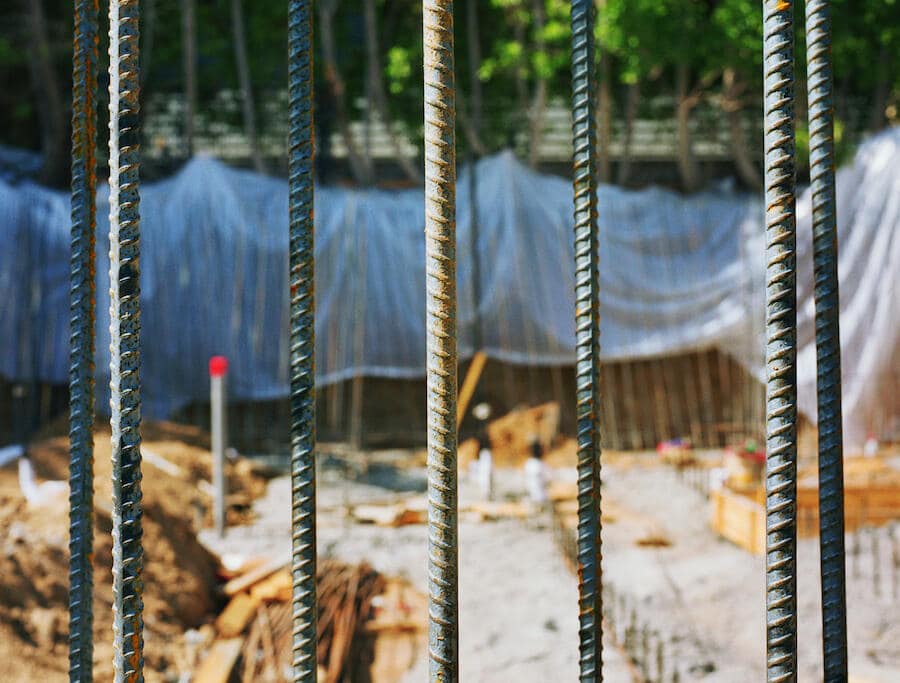 Alex grew up in a creative Hollywood household. Her father, David Hedison, was a 1960’s soap opera star with long running parts in Another World and The Young and the Restless, among other roles. If you don’t know the name, you might recognize the matinee idol face. “He loves everything about the craft. He’s not in New York for more than three minutes and he’s at the Actor’s Studio. He just loves it,” says Alex. Interestingly, her father was a pretty good amateur photographer years ago, but Alex didn’t know it until quite recently when he gave her his old camera. It’s now one of her most prized possessions. She insists her childhood was actually fairly sheltered. “I didn’t grow up in Los Angeles; I grew up in my parent’s house. My high school years were precious, innocent almost. Then I went to college in New York – acting school. That was pretty wild.” She knew she was gay in high school but didn’t “come out” until she was 18. She’s been out and honest about it ever since.

After college she came back to Los Angeles and started working, getting parts in the TV series L.A. Firefighters, Lois and Clark, and Nash Bridges, but she never felt her father’s passion for acting. “I was a working actress but it didn’t feel like I was doing what I was supposed to be doing. Besides, I didn’t usually get the sexy parts. I was cast as the firefighter, or I would get a part on a really sexy show and I’d be cast as the coroner. It just wasn’t me.” So she quit and concentrated on photography full-time – until last year. Shortly after her love life blew up, the producers of The L Word called and wanted her to audition. For the uninitiated, The L Word is a provocative series on Showtime that explores sexuality and relationships, both gay and straight. Alex got the part of Dylan Moreland, a “straight” filmmaker who has a lesbian affair. “It was good timing for me. They shoot in Vancouver (British Columbia), so I got out of L.A. for a couple of months, AND I got this great, sexy part. I mean I had to take off my clothes!” she says with a grin. She took the part, but with one stipulation. Her (Re)building show was opening in July and she didn’t want to miss it. The producers agreed to fly her back in time for her opening. Both the opening and the show were a hit. “The show was such a positive experience. I just had a great time.” But it was only for a season. She might be back this year for an episode or two to tie up loose ends in the storyline, but that’s it. “I’m 100 per cent more comfortable behind the camera, but I do have to make a living.” That means you will continue to see her on TV from time to time. 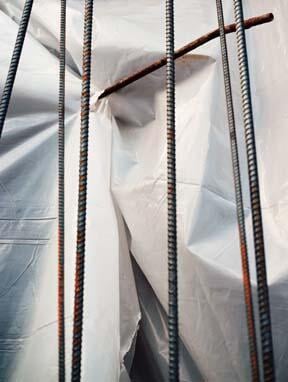 In fact, right now she’s working on a project for A&E called Designing Blind. Alex is the host. The designer is actually blind! “It’s so funny. These couples think, ‘Oh great, we’re going to get all this free stuff,’ and then we show up with a blind designer! It’s so funny to see their reaction. But the designer is great. I love him and he’s sooooooo talented. It is the perfect project for me. I work three to four days a week on the series, and then I have the rest of the time to shoot.” Designing Blind debuts August 6th.

A design show is a good fit for Alex. Her house is a design showplace. It’s not a mansion. It’s a simple, small place that fits her to a T. From the standing lamp sculpture in the foyer to the large Rineka Dijkstra photograph on the wall, everything has a place and all of it means something special to her. The 3’X4′ Dijkstra photograph is of an Israeli teenager taken on the day she enlists in the Army. “The concept of this teenager, in her new army uniform, was very moving to me. I saw it as such an interesting combination of innocence merging with the very thing that will remove that innocence. I like that she’s in my house.

She feels like a beautiful warrior in the making,” Alex explains. The image has a place of honor in Alex’s house, which she bought just a little over a year ago. She hasn’t been in the house for long, but it feels so comfortable you’d swear she’s been there for years. “I love it because it’s completely original. A painter built it in 1955, and he lived here until he died. Nothing has been changed. It’s completely authentic. Sometimes I am very careful about decisions in my life, but I knew this was my house the minute I walked in. The same with the photograph (Rineka Dijkstra). I saw it and knew I had to have it, so I sold my car and bought it. I didn’t need the fancy car, but I did need that photograph. It’s something I want to live with forever.” 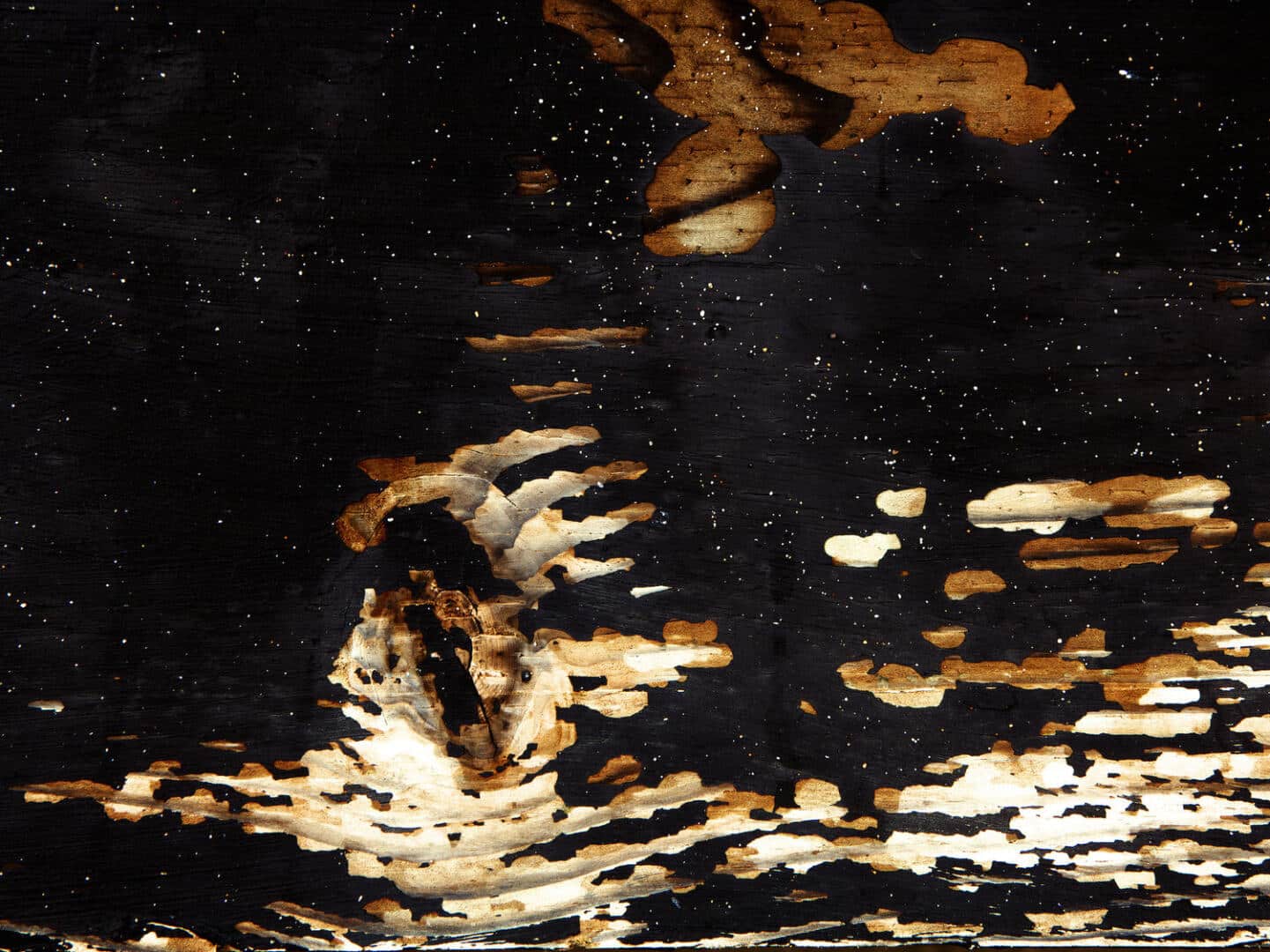 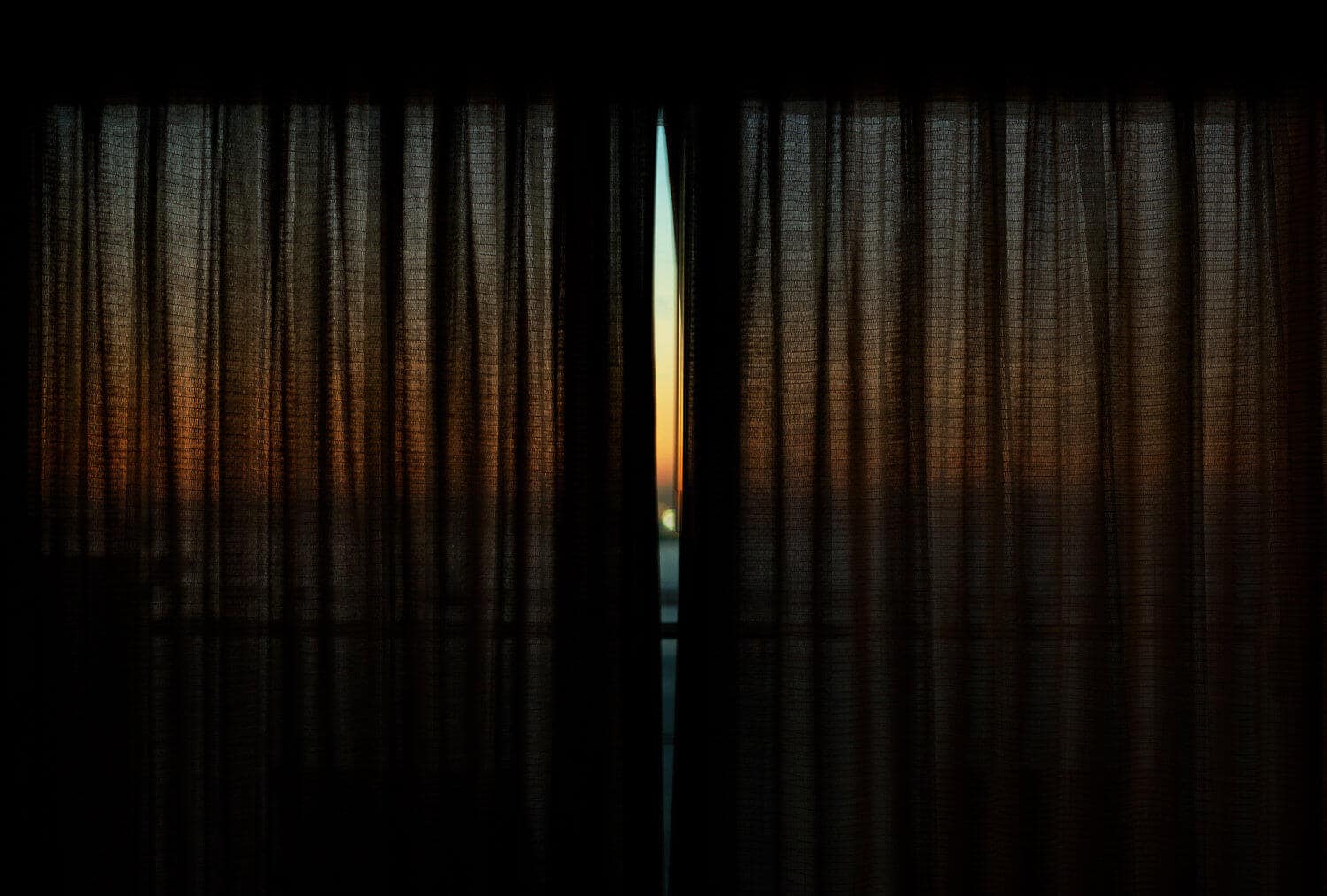 As for her own photography, Alex is moving into a new phase. She is photographing trees – but don’t expect any traditional landscapes. True to form, Alex is interested in lines, grids and the unexpected. She admits to having some angst about her new project. “You know, it’s like a relationship that’s not working out. You know it’s time to move on, but it’s hard to take that step into the unknown. I love the (Re)building series. I still feel really comfortable in construction sites (she laughs), but the trees are pulling me. It is time to move on.” In reality, the transition may take some time. Alex points out one of her favorite (Re)building images – mounds of draped canvas with a shard of rebar piercing through the center. The metaphor isn’t hard to figure out. “Hmmmm, wonder what date I put on that one,” she says rhetorically. “It’s a pretty tough picture. I knew no one would buy it and that’s ok. I wanted to bring it home and hang it up outside. I’ll let the elements take it a little at a time. It’s one of one. I’ll never print it again.” She may not be completely there yet, but Alexandra Hedison is moving on.