The warning sign has been posted. “Permalight” it reads – a defiant statement against the darkness responsible for its depth. The acoustics of the surge seem sweet like a song suspended in harmony, but make no mistake, this breaker’s been building by the ire of a jilted guitar. Drums dominate and synthesizers shout as the sound comes crashing down. Ignorance gets obliterated beneath cowering speakers, while messages of resilience and perspective wash over the open minds of diligent listeners. Rogue Wave is about to make a huge splash on the music world, and it will spin better as a result.

“Permalight” is the fourth studio album from the Bay Area-based band Rogue Wave. The CD is on steroids, and it makes no apology for being so ripped. “Permalight” is a case study about the physical interaction to music. The rhythm is not an experiment with craft; it is an artistic exclamation – pop with a punch. The sound is full, yet clean. Instruments are played with reckless abandon, and passion drips off the lyrics. This album’s strength comes from a chiseled core – one that has been shaped from so many grueling bouts with life. Since Rogue Wave was formed in 2002, it has endured death, dialysis and debilitation. They are the Anvil of accidents, but all those scars have made the music beautiful.

The album, written by lead singer Zach Rogue, chronicles the twisted journey of a music man. The unpaved parts often form T-intersections: a right turn onto Rock Star Road or a left turn down Normal Life Lane with different sets of rewards and consequences in either direction. “This duality exists in everything we do,” Rogue explains. “We yearn to be the perpetually-on-the-road musicians, but then also never want to leave our families.” The tender ballad “I’ll Never Leave” was written for Rogue’s young daughter. It’s a promise as a father and an explanation as a singer: “These bottles and stones we collected from our shows. We could line them one by one because your pain is my pain. We’ll go out of this just the same. We’re better when our paths combine.”

For one week out of each month, Rogue’s body simply won’t let him sleep. It’s another double-edged sword in his bag – bad for his health, great for his creativity. “Sleepwalker” is an ode to insomnia, and like many on “Permalight,” was written between 3:00 and 5:00 in the morning. “That song is like trying to do two things at once,” he says. “Sleep and wake, travel and stay home. You really just want to clone yourself.” The making of an album requires multiple personalities, too. For months and months the artists are musical hermits… writing, demoing and recording. Then, they come out of isolation to their fans and turn their souls inside out with a smile. The singer and listener make an interesting family where songs are the babies longing for acceptance. It’s a delicate dynamic that tends to shatter when anonymous, armchair quarterbacks start throwing their weight around. Music blogs and magazines have set up a review system that coddles the lazy where simple ratings and shallow dribble dictate record sales. So for those critics with the magical power to assign stars, Rogue Wave is about to make your pens explode. The track is called “We Will Make a Song Destroy.” It’s a rhythmic rollercoaster of low bass and high-energy percussion that hammers out the other duality in this business: music for music’s sake and music for the media’s sake. “Digital campfire, spinning their sonnets. I get it so often. Well they sold me out and called me a liar. How can I get up again? How did you get so soured? May I remind you, you bathe in what I make. Your ability is worn out; objective expired. Well, I’ll keep you meter-maided.” The song does not suggest a love-fest between journalist and musician, rather a system of accountability.  “I have more respect for someone who strongly doesn’t like something that I do, because at least they are reacting to it,” Rogue says. “I think this record more than any of them, will be the most polarizing, and for me that’s good. I’d rather have a strong rebuke on musical grounds than a tepid reaction of, ‘Yeah, it’s all right. Pretty good.’”

It was September of 2008. Rogue Wave had just wound down a summer tour, and the band was back home in Oakland opening for Nada Surf. Everything felt normal. The boys brought it, as usual, had a beer, packed up their instruments and headed home. The next morning, Zach woke up in extreme pain. There was concern that he was having an aneurysm or heart attack. Paramedics wheeled an X-ray machine into his living room. “I literally felt like someone was stabbing me in the back through my chest,” Rogue recounts. An MRI uncovered a spine that could best be described as a ticking time bomb of jagged bones. Turns out Rogue had slipped two discs in his neck, and they were pressing on his spinal cord. He had a history of back problems and knew that surgery would severely limit movement. So Rogue chose to wait it out. During those agonizing months, his condition grew even worse – until he eventually lost feeling in his right hand.

Then in January, the internal torture began to gradually subside. Some sensation returned to his hand; just enough to pick up a guitar and strum it. A year and a half later, he still feels the numbness in his fingers, so Zach has had to make some adjustments. He switched to an old Sears Silvertone guitar – one of the lightest on the market. “Everything leads to something else,” according to Zach. “Obstacles lead to discovery.” Through this acceptance of improvisation he found that when a Silvertone is plugged into a really small amp it produces an incredible tonality. “When I was demoing the songs by myself in the studio I’d play until my fingers were bleeding and my nail would chip right off my thumb,” Rogue says. “I was playing the guitar like drums without any dexterity; it was all physicality trying to force my arm to play music again. So I wanted the songs to be about moving to the music and not just listening.” As a result, “Permalight” is a physical and psychological release, a shoving aside of all limitations, a euphoric morning. 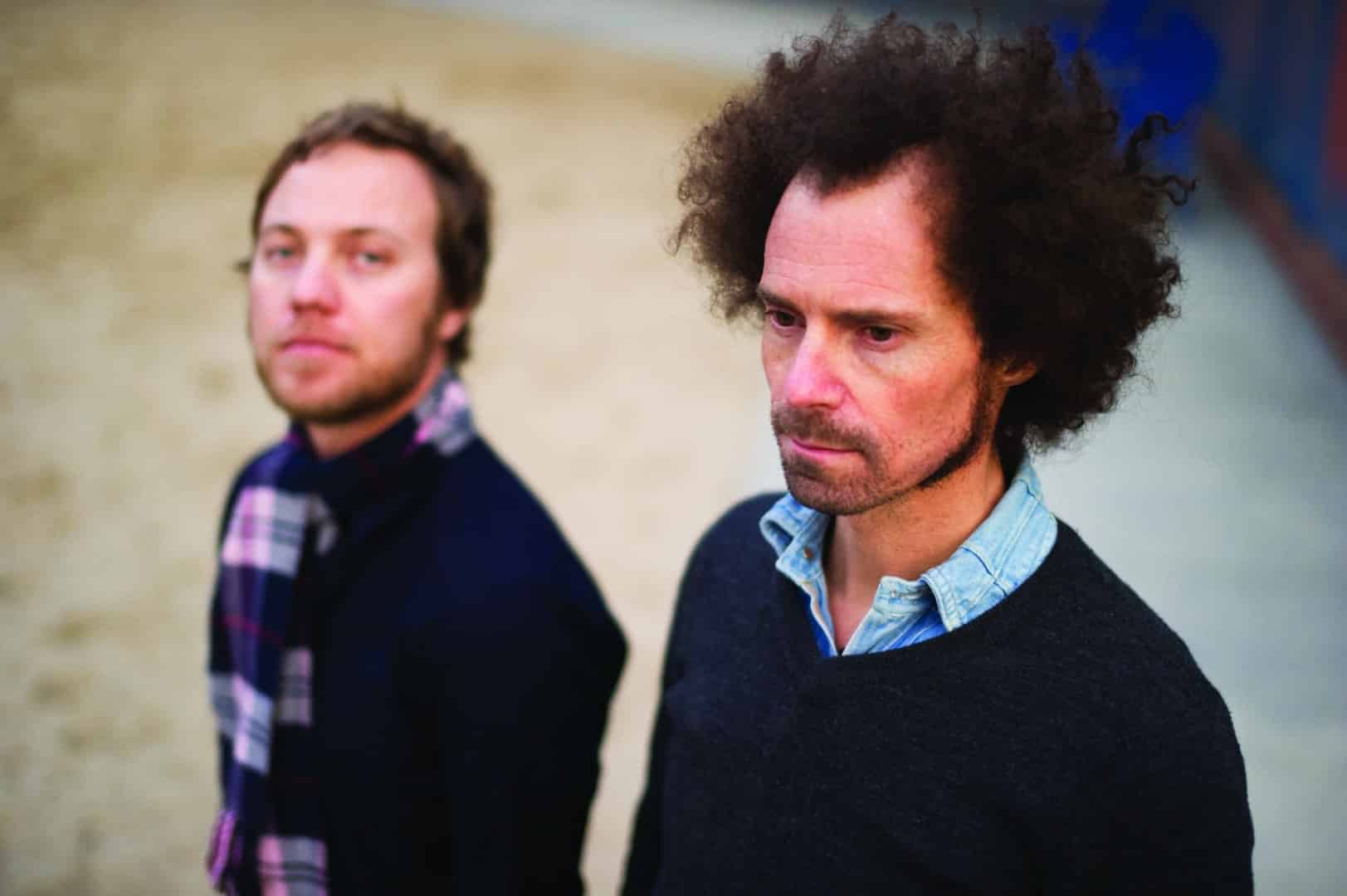 The album has a much different feel than “Asleep at Heaven’s Gate,” the band’s 2007 release and first on Jack Johnson’s Brushfire label. The ominous cover told the story of the morose music and dense mood within it. The record was sandwiched between two deeply painful chapters in the group’s history. Just three months after it hit the shelves, bassist Even Farrell died from smoke inhalation in an apartment fire sparked by a faulty space heater. He had just left Rogue Wave to pursue other interests and to be closer to his two children, but his passing at just 33 years old brought the band to its knees.

Sadly, the Rogue Wave family was no stranger to tragedy. Just a year before, drummer and keyboardist Pat Spurgeon was diagnosed with kidney failure. Spurgeon, who’s been Zach’s right hand man from the beginning, was born with one kidney and given another. It stopped working while Rogue Wave was on a grueling cross-country tour to promote its successful sophomore album “Descended Like Vultures.” Spurgeon was forced to go on dialysis, but refused to stop playing, taking his pump and fragile health on the road with him. The award-winning documentary “D-tour” chronicles his search for a living organ donor, and the challenges associated with finding a viable match while being a fulltime musician. Spurgeon’s tenacity pulled him through. After a successful transplant, he now has a clean bill of health. “I have never thought of a back-up plan,” Spurgeon says. “If you have a back-up plan, you’ll take it. Music is my entire world. It’s all of my stress. It’s all of my joy. It’s all of my creativity. It’s everything.”

“Permalight’s” closing song is called “All That Remains.” It lasts just a minute or so, but there’s a simple statement in it that seems to sum up Rogue Wave’s new direction: “Now we’re born again…” for it is music that has branded them brothers and continues to give these guys new life. Despite the dark times, the band knows exactly where to find its permanent light. And Rogue Wave can now bask in that glow after producing an album that is as strong as its own will. “Through sickness, through pain, through problems, we play a song,” Zach Rogue concludes. “And then we always know that everything’s going to be OK.”